For well over 100 years Littlehampton has established a name as Australia’s boutique brick manufacturer. Famous for bespoke textures, colours and finishes on the range of bricks and pavers. All products are totally unique and many made using custom production methods – exclusive to Littlehampton Brick.

Littlehampton supplies bricks and pavers to projects all over Australia and exports internationally. Some notable projects include Pavers in Taronga Park Zoo, Sydney and Disneyland Shanghai, China. 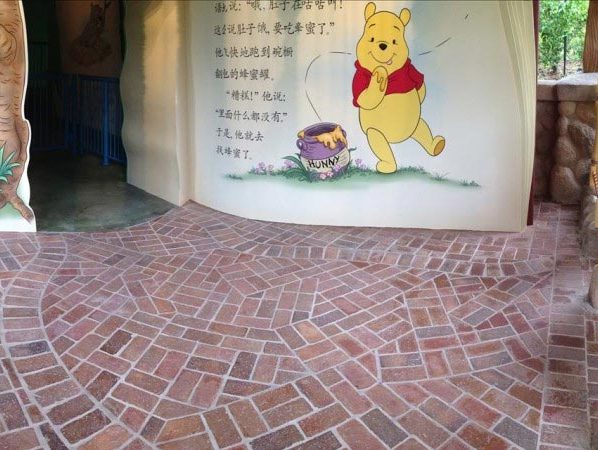 Littlehampton is known as a first choice for architects and designers due to the unique range of products and ability to customise colours, styles and crafting special shapes for projects. Being a boutique manufacturer means Littlehampton can remain agile and isn’t afraid to push the boundaries of design.

With over 100 years and over 3 generations of family ownership the entire team at Littlehampton take great pride in the products they produce.

WE ARE PROUD OF OUR HISTORY

The Littlehampton Brick Company was originally a manufacturer of fire bricks. Fire bricks were an indispensable commodity in the early days of Australia used in industry and ovens. Our operations have transitioned over the years as we discovered and crafted exceptional clays into high quality house bricks and pavers – though we still make fire bricks too!

In the beginning, before the company was formed, exploration teams were sent from the cities to Littlehampton.

There they discovered that there were exceptional clay seams and shales, ideally suited for the manufacturing of refractory fire bricks and top quality house bricks.

A workman’s hut was erected on the actual site where the company now stands, and hand-moulded bricks were first made to be tested for use in industry application.

The bricks proved to be of superior quality, and the Littlehampton Brick Company was formed.

In the beginning, the company primarily produced firebricks for the smelter works and foundries at Port Adelaide, and by the early 1900s the refractory bricks were used in all the new “T” class locomotives for the Royal South Australian Railways.

Throughout our history, the company has withstood the Great Depression, two world wars and has seen many other changes, especially in the manufacturing procedures.

The first original kilns, two of which still stand today, were wood fired for two full weeks, allowing 15,000 bricks to be made a fortnight.

Currently the modern kiln can fire 90,000 bricks in just two days burning time, allowing more than 6 million bricks and pavers to be produced per year for the local and overseas markets.

Today, Littlehampton Bricks use the same skills and traditional techniques to produce a premium range of hand crafted clay bricks and clay pavers. Our unique bricks and pavers will ensure your building, new home or renovation becomes a classic of tomorrow.

Inside a traditional small-batch kiln

Bricks are fired in the kiln at over 1100 Celsius

At Littlehampton Brick our friendly staff welcome you to select your bricks in detail, even choosing the exact pallets you would like on-site if you desire. When delivered to site, these will provide the enjoyment that one gets from something personally chosen – not just for now but for generations – in the timeless character and living colour of clay.